You Are Here Now

Alan Watts – The Real You

Upon Waking State Once

“Thank you God for another day of life and another opportunity to be a force for positive change in the world.”

To awaken one’s true self, one must awaken all beings.

There are innumerable sentient beings in the multiverse,
I vow to help them all to awaken.
My imperfections are inexhaustible,
I vow to overcome them all.
The Dharma is unknowable,
I vow to know it.
The way of awakening is unattainable,
I vow to attain it.

“Our lives are not our own. From womb to tomb, we are bound to others. Past and present. And by each crime, and every kindness, we birth our future.” — Sonmi-451

3. Everything God Makes Is Perfect.

Please Note: If the word “God” has negative connotations for you, substitute the words “The Universe,” “The All,” “The Creator,” “Universal Mind” or “My Higher Power” etc. 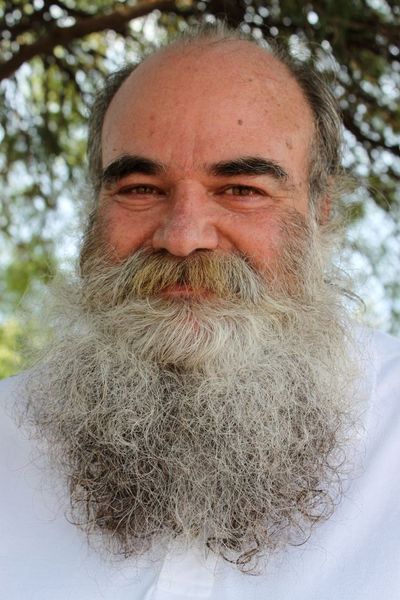 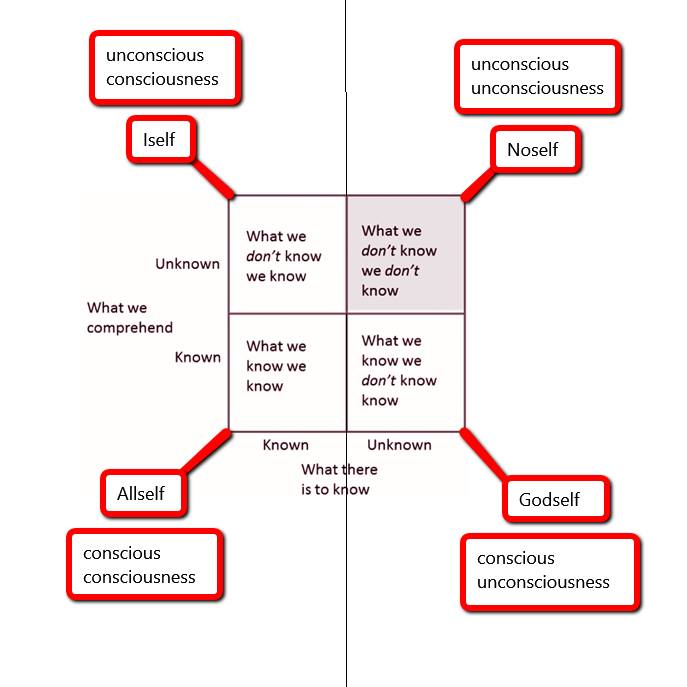 The four aspects of the Self individually are nonsense, but in combination, they make perfect sense.

Please note: This is NOT a 4 way duality, it’s ALL one thing. It’s a 4 way polarity. A bar magnet has a north and a south pole, and yet, a bar magnet is one thing. Same idea here, but with 4 aspects to this polarity instead of 2.

The Self Mapped Onto The Yin Yang

The Yin Yang symbol is a beautiful visual description of the Self.

The Iself is a differentiated focal point of unconsciousness showing up within consciousness.

The Godself is a differentiated focal point of consciousness showing up within unconsciousness.

Please Note: These are new words and this is a new mantra and a deeper understanding of these words will likely come over time.  David’s subjective interpretation of these words is not meant to be definitive or immutable.  These words may have a slightly different or expanded meaning for you.  Take from this mantra what you will.

How To Chant The Mantra:  The Self Realization Mantra can be spoken aloud (recommended as the vocalization adds more power to the practice) OR it can be recited quietly in your own mind.  In many spiritual traditions a mantra is chanted for a “round” of 108 chants on a daily basis.  Traditionally, malas, or garlands of prayer beads, come as a string of 108 beads (plus one for the “guru bead”).

Say this mantra as many or as few times as you like.  David’s experience is that the recitation of this mantra opens the heart chakra, brings a tremendous rush of energy into your body and relaxes the mind.

The 4 Aspects Of Self Ikigai Graphs

Q: Where Do We Come From and What Are We?

A little ball of “nothingness” from the Noself goes through the horizontal vesica piscis in the middle picking up 111 and 555 energies along the way and a portion of the self (a zero) that is only unconscious awareness, it comes through the birth canal with amnesia as a Noself, a focal point of unconscious awareness within the Iself quadrant. A sense of self will not develop until 18-30 months of age. 666 codes for amnesia. 666 is the number of the beast and we are it folks!

1111 is a code of awakening to the Allself to ascend towards and embody the Godself. That’s right, everybody! Nobody is getting left behind. It is now time for ALL of us to ascend. The age of gurus is over. Long live the gurus!

When the Allself emerges through the vertical vesica piscis it obtains superconsciousness. When the mass awakening of humanity is accomplished, we will ALL have Superconsciousness, like God.

Please Explain The Cross To Me

I used to think that Christianity was a bunch of symbolism for what is called astrotheology. That’s when celestial objects are anthropomorphized and given human-like qualities. Based on astrotheology, I had assumed that Jesus dying on the cross was a metaphor for the Sun reaching the lowest point on the horizon (in the northern hemisphere) on or about December 22nd and staying there “dead” for 3 days before it begins its ascent into the heavens on December 25th. See SUN ON THE SOUTHERN CROSS & THOSE THREE WISE MEN for more information.

The astrotheology aspect still holds up, but there is a VERY REAL cross going on worth discussing. All the time as new souls are coming in, other souls are ascending and making their way to the Godhead, the focal point of Superconsciousness within the Godself. These brand new souls making their way into the physical world and the souls from the Allself ascending towards the Godself “meet” in the middle of the Self.

The 9 Levels Of Self Realization